All grid tied inverters in UK/EU/US/AUS limited to 5.5kW?

wattmatters said:
Across a grid that is highly unlikely, as grid frequency needs to be kept within a very tight range across the entire grid. Large deviations from the standard frequency signal something very wrong has happened (e.g. a main inter-connecter has gone down, or a large power station has blown up) and requires immediate action (e.g. tactical load shedding) to prevent a complete system blackout.

Frequency control of a household solar PV system is something used when the system is isolated from the grid. e.g. a AC coupled battery inverter uses frequency shifting to moderate the power output from the solar PV inverter.

Grids/networks have a few options for curtailing distributed generate sources.

Grid operators do also have the ability to adjust voltages to force these changes to occur more rapidly, or more broadly, or in specific zones. This is fairly crude and indiscriminate and does not fairly share the pain of shutdown since everyone experiences different voltages on the same network, but in aggregate it works. There is a limit however as the operator must not supply too high a voltage as that can be damaging.

There are new inverter standards being introduced in parts of Australia (South Australia) where inverters will require the network to have the ability to derate or shutdown that specific inverter in special circumstances. The quid pro quo is the grid is permitting much larger solar PV systems to be connected enabling much more solar supply at times when there isn't an impending supply-demand imbalance. You may still choose to opt out of the network control but your system's export limit will be dropped to only 1kW, instead of 10kW. Comms network control comes with its own challenges which is why it is on trial at present. Given they are the grid with highest penetration of rooftop solar PV in the world, it represents an excellent case study on how such power supply systems can be successfully managed.

As an example, this is the mix of solar PV supply in the South Australian grid over the past week:

There have been and will be periods in the day in South Australia where rooftop solar PV alone has supplied nearly 100% of the state's total demand. Now it's not a isolated grid, there is an interconnecter with a neighbouring state so there is some import/export and a new interconnecter with another large state is being built - and this is a good thing as it mean less curtailment of the distributed renewable supply and more system robustness given the geographical spread.

The old grid supply paradigm is changing, and the means, technology, systems and processes required to transition to a more distributed supply are happening. You either plan well for it, or get left behind.
Click to expand...

Wow that graph is amazing. Where do you get such good data? Wonder if QLD has such a thing.

koobs said:
Wow that graph is amazing. Where do you get such good data? Wonder if QLD has such a thing.
Click to expand...

It exists at a special project called OpenNEM, and it can show the data going back decades, for the whole NEM (as well as the separate WA Grid), and you can choose each state if you want, including QLD. 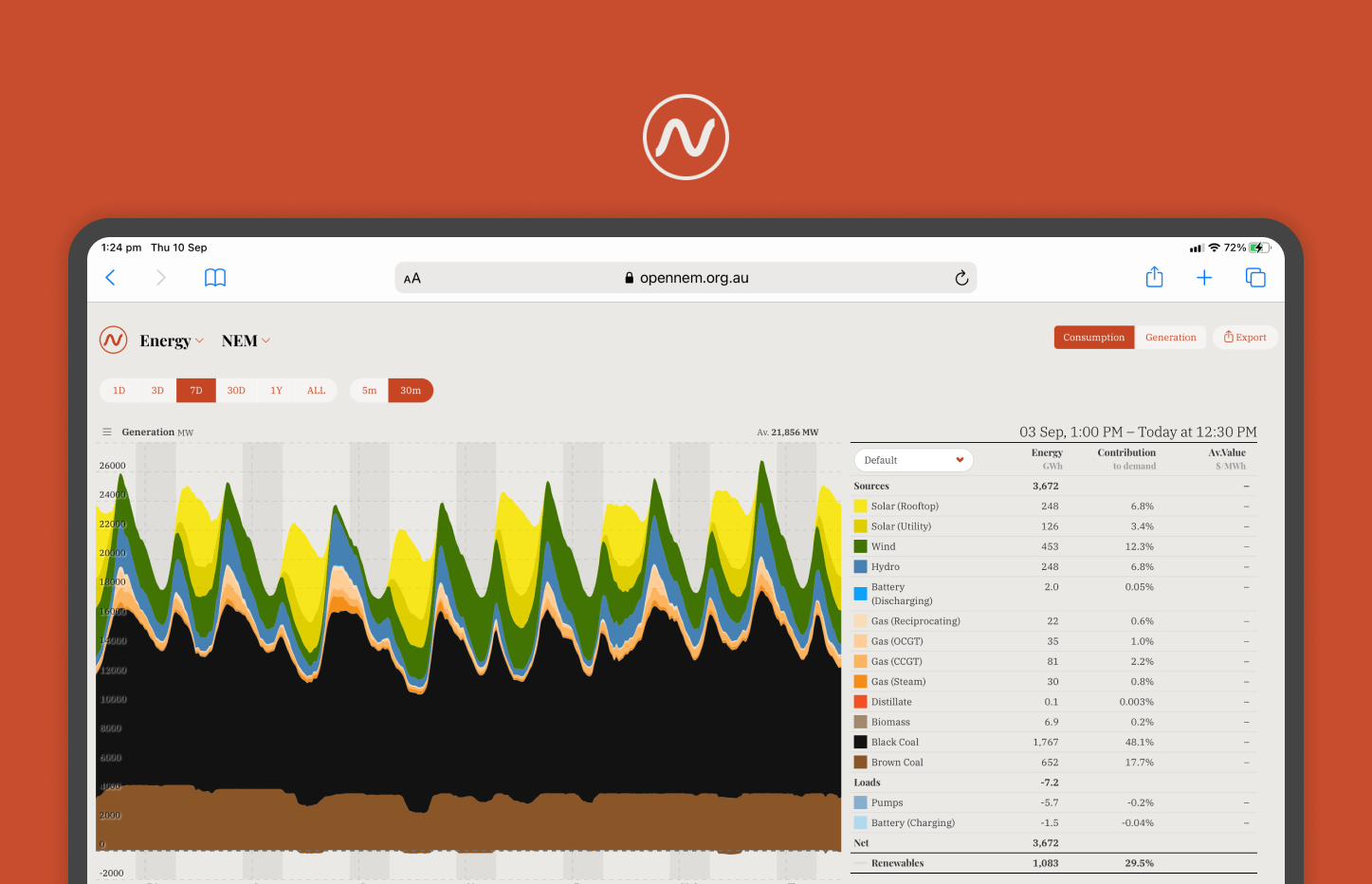 The source of the data is AEMO (the NEM market operator) who publish it all via their site, but OpenNEM is much better way to view and parse it.
You must log in or register to reply here.