A few days ago I used my new Dewalt cordless heat gun. When I did my solar/battery install last fall in the RV trailer, the heat shrink tubing for the 2/0 cable was on backorder. This cleans up that install and puts it to bed. For those of us with an RV, we can't always work on them at home or where sufficient 120v AC power is available. With the cordless heat gun I don't need shore power or to fire up the generator. My inverter is too small to power my corded 1500w heat gun.

Before picture. There are 14 cable lugs that needed to be addressed. Not all of them are in this picture, so it's not a Where's Waldo challenge. 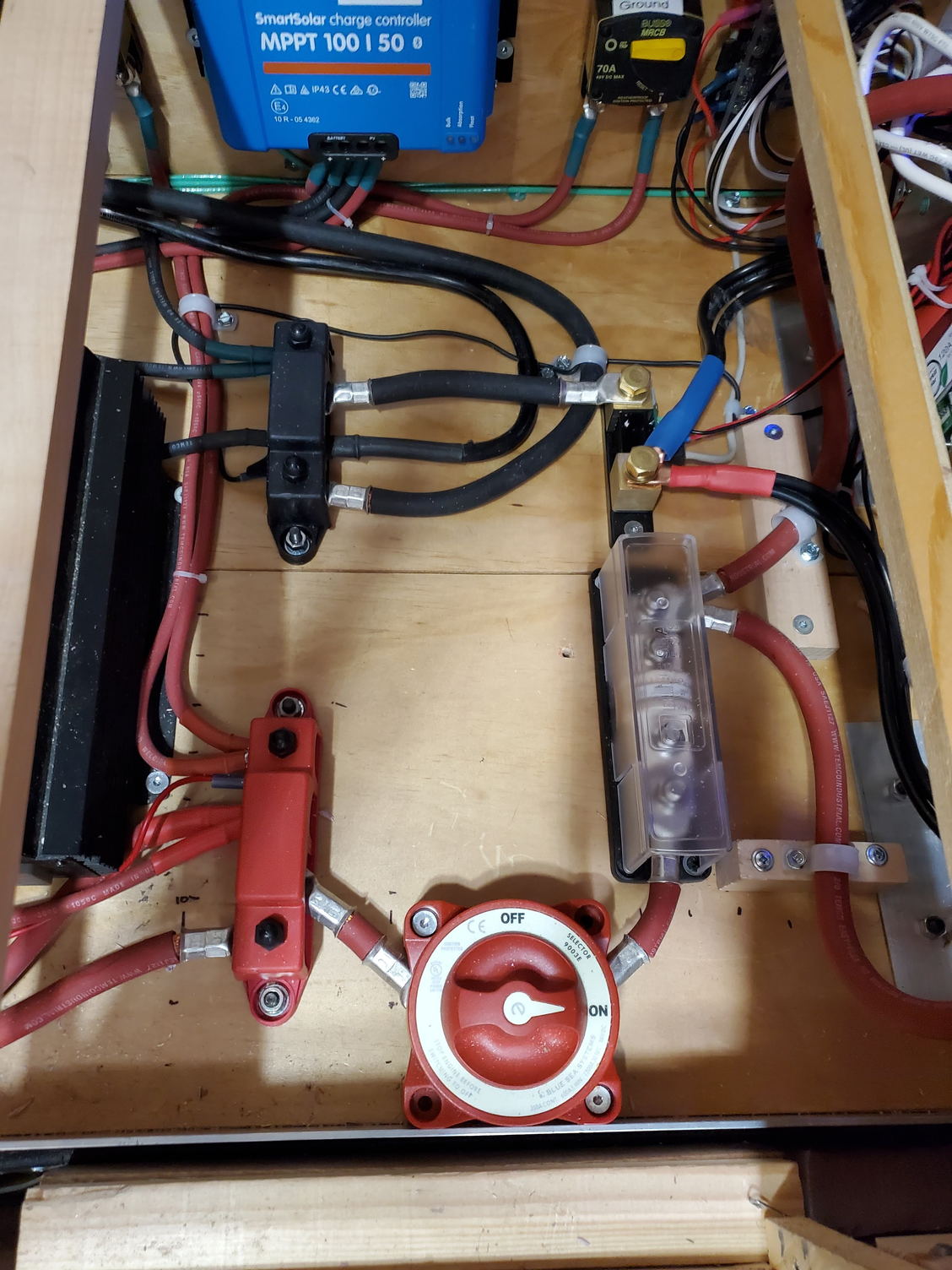 My "workbench" on the RV kitchen sink. I had to shutdown all 12v power, there were no lights except from my Dewalt cordless LED light. 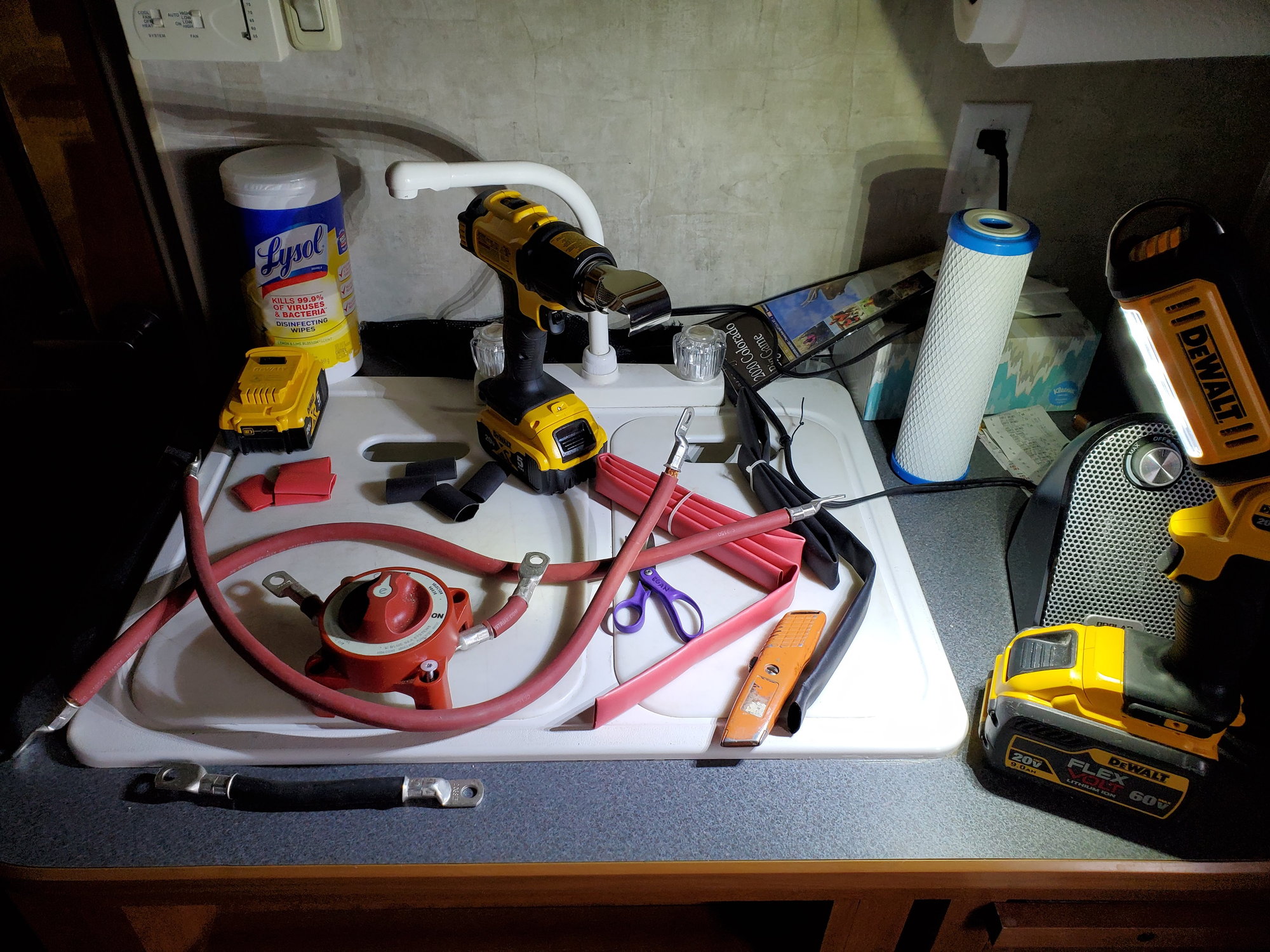 The end result with all the cables reinstalled. It doesn't look all that different, but it's been one of those things that tweaked my OCD and I didn't feel the project was complete until this was done.

The good, bad and ugly...
The tool got the job done. Without 120v AC power, I would have had to haul the trailer home to do this if it wasn't for the cordless tool. Some of the cables could not be removed. The cables in the second picture are a subset of what I worked on.
I placed the tool on the counter, turned it on and locked the power switch on. That was really handy as it allowed me to use two hands to hold the cable. No way I could do that with my corded heat gun.
The (optional) curved metal piece (hook nozzle) did help to get heat flowing to the other side of the cable. The heat shrink tubing may have been slightly larger than it needed to be. It's also really thick, so it needed a lot of heat to get a good seal. My corded heat gun did not come with a hook nozzle.

The max temperature is 900° F. My corded HF heat gun is 1500° F, if you can believe HF, which I'm inclined to since the process was slower with the cordless tool.
The hook nozzle can get in the way. It also gets hot enough to melt stuff. I touched it to the red 12v switch (bottom of all three pictures) and the plastic immediately melted.
I ran the tool almost nonstop, not letting it cool down. It went through about 90% of a 5 amp battery.
Just in case you were thinking about it, the cordless heat gun is no substitute for a real heater. I left the tool on in the bathroom of the RV and it made only a small dent in the ambient temperature. The test to heat the bathroom was on a second battery.

Overall, I'm satisfied with this tool, but I'm not getting rid of my corded heat gun just yet.
You must log in or register to reply here.