Solar to battery to Tesla Model 3?

Hi. I know just enough to be dangerous. I live in San Francisco. Just got a Tesla Model 3 Long Range (82kwh battery). Is there a relatively straight forward way to have solar panels on my roof go into a battery, then inverted to a 220v NIMA 1450 plug that charges my car? My ideal solution would be a solar generator that has the battery, charge controller and inverter packaged together. Or should I just get a Tesla Powerwall?
4

I don't know enough to be dangerous. I have no connection with this company: I just happened to see it in the news.
Are you in a hurry? This new system plans to start by offering products in your area. 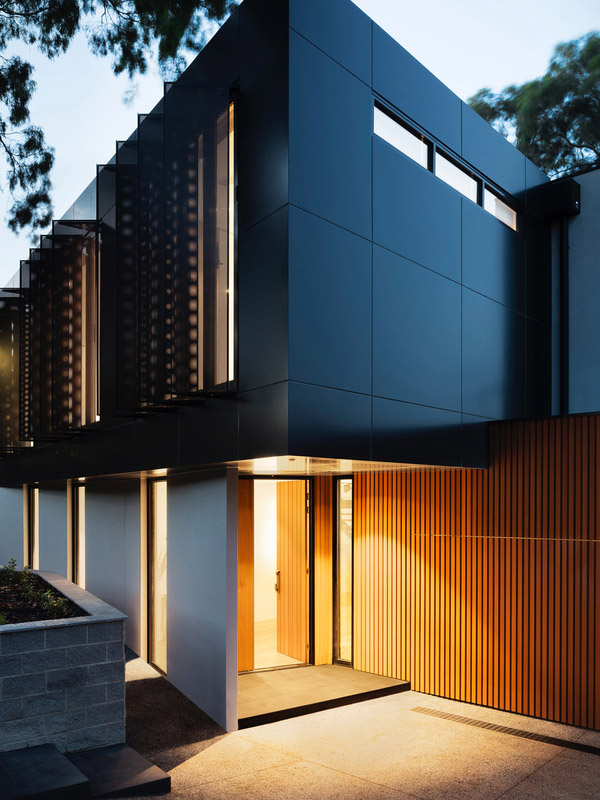 Power your life with the world’s only home EV supercharger, complete with blackout power and solar charging all rolled into one. Reserve your dcbel now.

Thanks. I'll check it out.

erictstahl said:
Hi. I know just enough to be dangerous. I live in San Francisco. Just got a Tesla Model 3 Long Range (82kwh battery). Is there a relatively straight forward way to have solar panels on my roof go into a battery, then inverted to a 220v NIMA 1450 plug that charges my car? My ideal solution would be a solar generator that has the battery, charge controller and inverter packaged together. Or should I just get a Tesla Powerwall?
Click to expand...

While this can be done, it isn't the most practical way. Ideally the car would be told to charge with exactly what the PV panels are producing. That might work with a DC charger that communications. If the goal is to store PV generation while car is away and recharge later, then battery and inverter would be the thing to do.

The most cost-effective approach, and highest efficiency (not losing power in charging/discharging a battery) is grid-tie net metering. PV panels spin the meter backwards when the sun shines, with the variable power they produce according to how much sun falls on them. Car charges when it is plugged in, or according to a timer.

Presently, greatest demand on the electric grid (after considering the PV and other sources supplying power middle of the day) is 4:00 PM to 9:00 PM. Lowest demand is Midnight to 3:00 PM. Some utility rate plans charge different prices for electricity depending on these times. Charging of cars during lowest times is encouraged.

There might be reasons you wouldn't want to do grid-tie with net-metering and time of use (hassle, being forced on a different rate schedule). In that case, zero-export is an option. Connected like grid-tie, but it limits its output so no power is ever sent to the grid, use-it-or-lose-it.

How much PV do you want to install? (if less than typical household consumption, nothing lost due to zero-export.)
What hours will the car be available for charging?

Storing power in batteries probably costs more than just buying power from the grid. I think the PowerWall is relatively economical as batteries go, but that doesn't mean it saves money vs. buying from the grid, except with a time-of-use rate having a large spread between high/low times. But is an available, turn-key option. 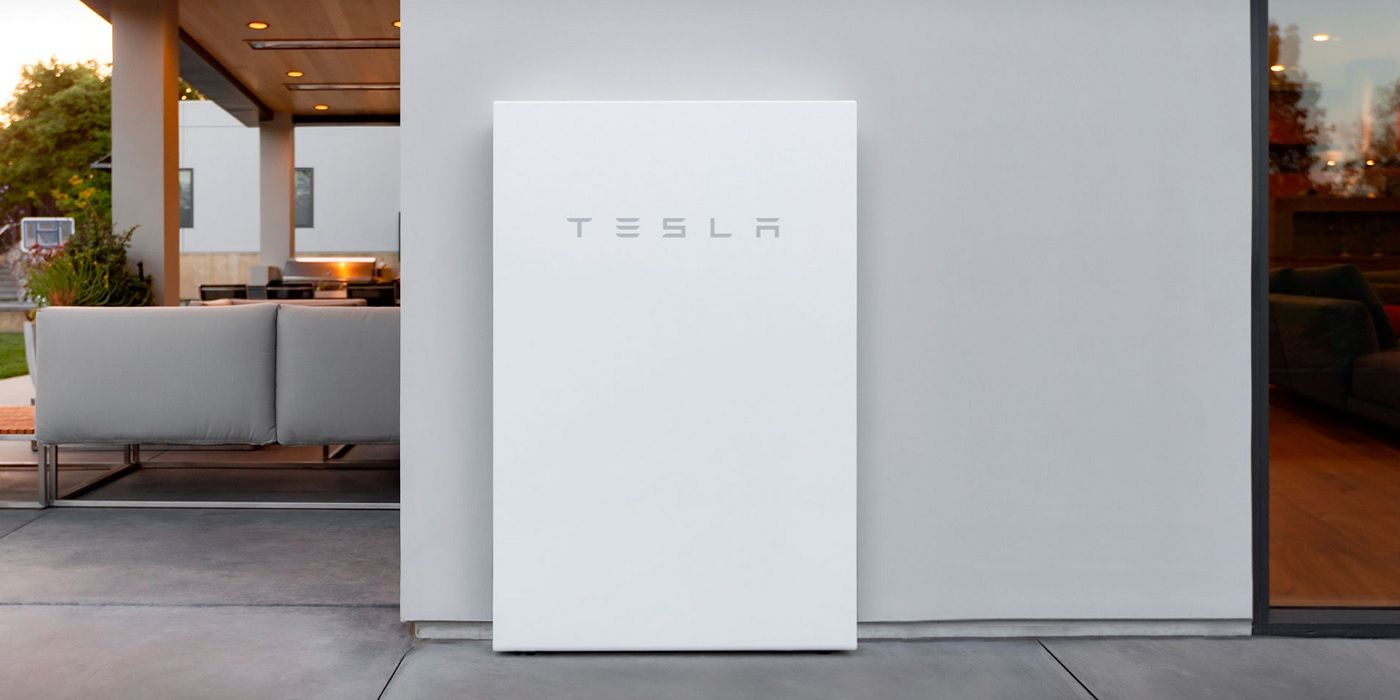 Tesla Powerwall: How Much It Costs Explained

Tesla is increasing Powerwall power capacity by up to 50%

Elon Musk announced that Tesla has increased the power capacity of the latest Powerwall 2 units by up to 50% in some temperatures. The Powerwall 2 was introduced back in 2016, and it hasn’t been updated much since its release. Over the years, they tweaked the energy capacity a little down to...


There are DIY batteries for a fraction the cost; those are cheaper than utility rates. More work, and need to be paired with suitable inverter.

This rate schedule?
I think it is also paired with NEM2.

Summer peak it hits $0.50/kWh, so want to avoid heating/cooling loads during those peak hours.
A timer for the water heater, and in SF maybe A/C isn't needed so much.

You may be able to orient panels so part of production is during peak. Fewer total kWh but more $$ credit.
But typically you use whatever roof orientation you've got. If both South and West I'd suggest strings of panels on both, connected in parallel (or two their own MPPT inputs.) If you use microinverters, more difficult to over-panel them because their max wattage is low compared to most panels these days.

We have shifted our laundry, dishwasher to mornings. Fortunately we live in SF, so no A/C or major heating. My bill is only $100-$120/month so it's been hard to justify the expense of Solar, but I want to do it.

It was fun when peak time was Noon to 6:00 PM.
These days, they ought to be paying us to consume Noon to 3:00 PM (they've paid Arizona)

If your water heater is electric, put it on a timer. I've got a 240V water heater plugged into a 120V outlet with an HF digital timer. Just takes 4x as long.

People buy batteries to shift when they buy/sell. you have a spread of $0.32/kWh.
I don't think commercial batteries are cost-competitive, but Tesla dumping their "B" grade cells as PowerWall might be.
DIY LiFePO4 is around $0.05/kWh over its lifetime.
But I say PV is $0.025 to $0.030, so I prefer giving PG&E 2.5 kWh off-peak to pay for 1 kWh on-peak, rather than buying batteries.

Feel like climbing on your roof yourself? Grid-tie roof-mount permits are probably expedited, simple, economical. You can buy used and some overstock panels from SanTan Solar for $0.25 to $0.50/watt. (research quality brands/models)
Rooftop, you'll need either inverter-per-panel or rapid-shutdown box (one per panel, maybe one per 4 panels.)

I like high voltage string inverters. I use SMA Sunny Island. Current model about $1700 for up to 7.7 kW. I would either have each roof face array go to one MPPT input, or have two identical length series PV strings on two faces, wired in parallel. The min/max voltage and short circuit current has to be within limits. I think you can have as much as 12 kW of PV (maybe $3k to $5k worth) with two orientations on a 7.7kW inverter without hitting the 7.7kW max at any time.
Solar Edge has per-panel optimizers/RSD that I think lets you mix multiple orientations in a string.

If you might want to add battery backup later, think about it now. StoreEdge is batteries optional, comes at a small premium over SolarEdge.
SMA offers add-on Sunny Boy Storage (single unit only) + ABU or Sunny Island (stackable for 4x power), significant extra cost.
There are some other hybrids to consider as well.

We have shifted our laundry, dishwasher to mornings. Fortunately we live in SF, so no A/C or major heating. My bill is only $100-$120/month so it's been hard to justify the expense of Solar, but I want to do it.
Click to expand...

$1300/year at $0.18/kWh = 7200 kWh/year, 20 kWh/day. Average 5 hours effective sun (might need adjustment for your famous fog, see if an insolation website addresses that.)
4kW of PV would cover that. $2700 to $3700 for panels and inverter, around $5k with mounting hardware and electrical.
Assuming your labor is free, 4 year payback.
If going to the trouble if installing, I'd go way oversize on PV array. There may be some requirement to justify size based on prior or predicted consumption, but some size such as 5kW is allowed by default. Your charging and driving habits might be able to document higher consumption one month.

Yes! ~20 kwh/day. I have a flat, south facing roof, and a decent understanding of panels, inverters, wiring, etc, so I might take the plunge on a DIY set up and then have an electrician tie it to the grid. It's not complicated... especially if someone helps put the kit of parts together to make sure everything is sized properly.
Last edited: May 8, 2021

Some people like Enphase microinverters, which connect to a 240VAC bus. An expensive battery backup is available for it.
I prefer string inverters, but with RSD box they aren't much cheaper. They typically take up to 600VDC string of panels, not a big deal to handle because the MC4 connectors are touch-safe.

Most of the work is installing brackets on roof with flashing so water tight. There are rules on what parts of roof have to be kept clear for fireman access. If the South facing roof is away from the street more area available, if toward street needs a 3' walkway. Either needs space below ridge so a vent hold could be hacked. You can buy a "fall stop" kit with a harness to keep yourself on the roof.

Inverter specs list maximum breaker size, and you look up ampacity tables to find suitable wire. The things are practically plug-together. May or may not require a visible blade knife switch between inverter and breaker. I think PG&E now says that's optional; they could unplug meter to isolate if required. Block diagram shows such a switch as also triggering Rapid Shutdown.

You can have SolarQueen from Alt E Store create drawings and buy a kit from them, or you buy bits & pieces on-line. I find most vendors through eBay.
M

erictstahl said:
Hi. I know just enough to be dangerous. I live in San Francisco. Just got a Tesla Model 3 Long Range (82kwh battery). Is there a relatively straight forward way to have solar panels on my roof go into a battery, then inverted to a 220v NIMA 1450 plug that charges my car? My ideal solution would be a solar generator that has the battery, charge controller and inverter packaged together. Or should I just get a Tesla Powerwall?
Click to expand...

I have been thinking of the same thing. Unfortunately, getting enough wattage to properly charge a Tesla on 220 volts would require a huge number panels, more than could fit on most roofs. Powerwall with solar would be the cleanest install, but it looks like they are sold out. for the rest of the year. If you want a modest DIY system that can trickle charge at 120 volts, you can build this for a couple of thousand bucks, depending on how much you pay for batteries and panels:
You must log in or register to reply here.