The Big Misconception About Electricity

Posplayr said:
whatever error you are seeing
Click to expand...

I'm not seeing any errors in the 3D diagram other than maybe the fact that the magnitudes are not reflected? It's the interpretation of the Poynting vector that is incorrect.

The Poynting vector between the wires are non-consequential in DC steady state. Outside of DC, they're called inductance and capacitance. At the instant the switch is flip there is some RF & capacitance effects that'll induce "something" in the bulb. This is why he is correct on a technicality. But most of the power isn't delivered until the circuit reaches DC steady state which take 1s.


Posplayr said:
Unfortunately, I think this example is getting away from any point I can absorb.
Click to expand...

The example is to show that DC steady state is unaffected by changes to Poynting vectors between the wire. In other words... majority of power deliver in such a circuit is still flowing along the wires.
H

SpongeboB Sinewave said:
Only issue I have is with the multiple choice answer of 1/C which could have been specified a bit clearer. 1/~300,000,000 meters per second over the length of the wires that is.
Click to expand...

I hate the fact that the "technically" correct answer is turned into... electrical energy doesn't flow long wires by this video.
P

SpongeboB Sinewave said:
Main Issue I have is with the multiple choice answer of 1/C which could have been specified a bit clearer. 1/~300,000,000 meters per second over the length of the wires that is.

BTW, take the wire away and see how far/fast the energy from the battery gets from A to B.

I keep coming back to the view that in this circuit, the Poynting vector is a model of the physical E&M process about the perfect wire, while Ohm's law defines the boundary conditions of the actual power in the source and load.

So when we look at this particular circuit example, we traditionally think of power coming from the battery and flowing to the load which is true, but the path or mechanism is not actually specified by Ohms law other than P=I*V=I^2*R=V^2/R.

On the other hand, the Poynting vector does tell us how energy flows but it can not predict the actual energy without knowing these boundary conditions (power in source and load) defined by Ohms law.
P

hhtat said:
I hate the fact that the "technically" correct answer is turned into... electrical energy doesn't flow long wires by this video.
Click to expand...

SpongeboB Sinewave said:
take the wire away and see how far/fast the energy from the battery gets from A to B.
Click to expand...

That's why one should see the wire as a wave guide.
P

Before we get too overly technical (fat chance on that), We only have to look at different methods of actually measuring current to realize that the Poynting vector (and E&M waves) and the current in the wire are synonymous (i.e. if-and-only-if (iff) dependent in the model ). Using one method to sense current does not invalidate the others. 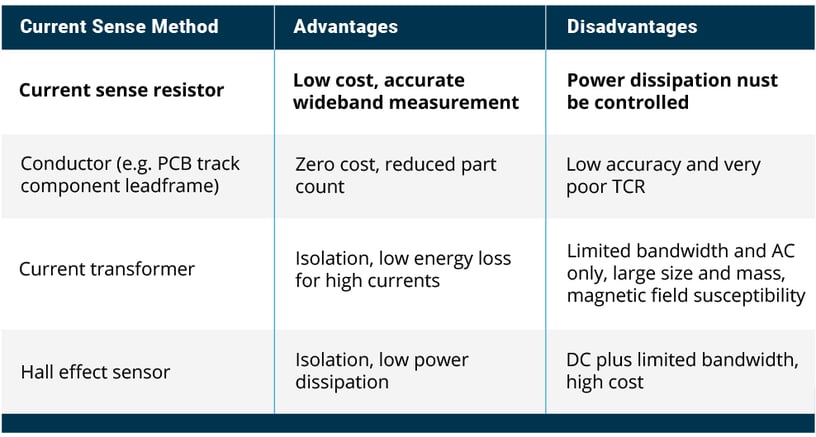 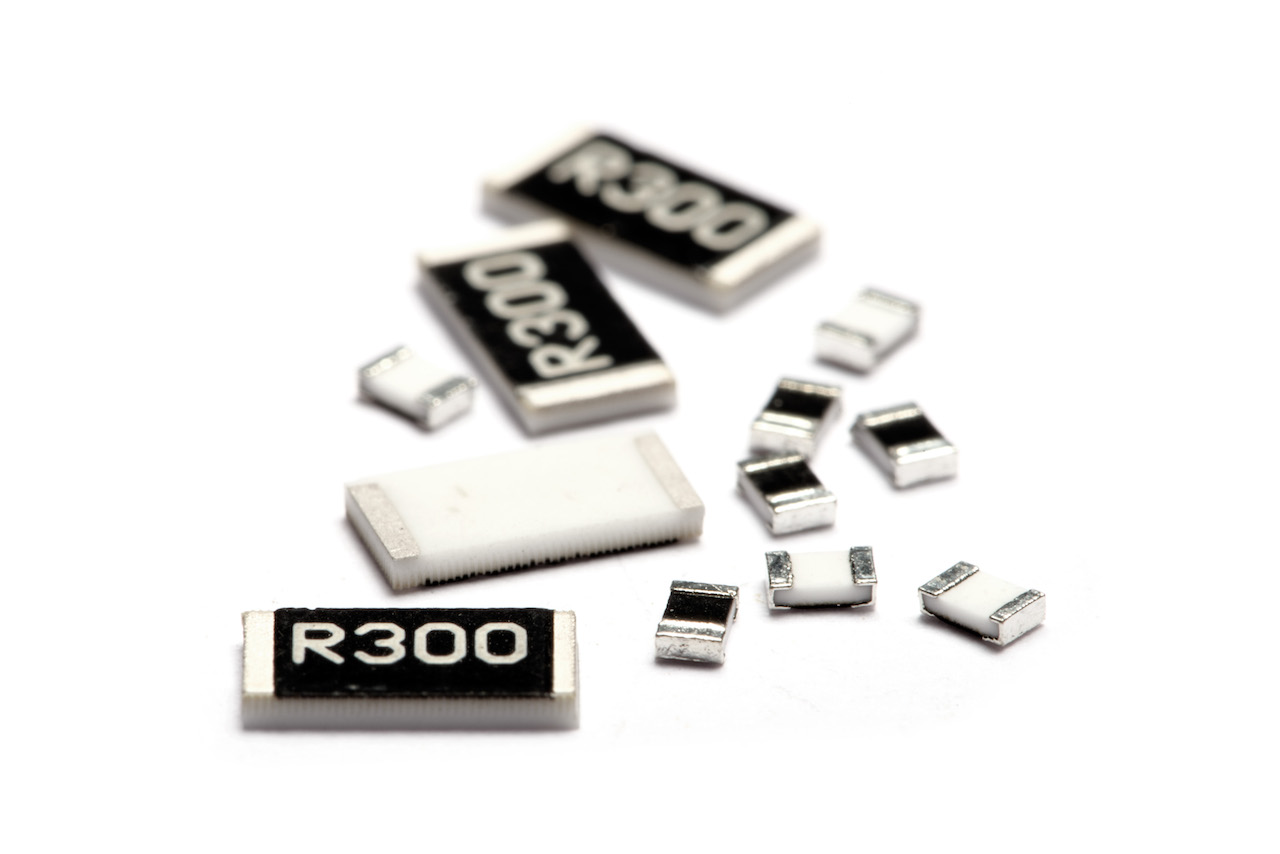 The two significant types of clamp meters are: What is a Clamp Meter and How is It Used to Test Current in a Circuit? - techtown

What is a Clamp Meter and How is It Used to Test Current in a Circuit?

The funny thing in all this, and I'm paraphrasing Dave from EEVblog on this from his response video: "There is nothing new about this. Engineers study this, EM fields, Poynting, the whole shebang".
P

upnorthandpersonal said:
The funny thing in all this, and I'm paraphrasing Dave from EEVblog on this from his response video: "There is nothing new about this. Engineers study this, EM fields, Poynting, the whole shebang".
Click to expand...

That is very true, but in looking at this more closely after many years (I took E&M I/II in the late 70's) I realize that the figure produced in the video is representative of an inner model of the most fundamental principles we have in the formal principles of logic and in fact as a model of knowledge but is largely unknown. The principle is Modal Collapse and the model I have developed of Modal Collapse is exactly what is embedded in the figure. This is not a theory, but rather an explicit concrete inner model of the propositional calculus.

Here is it described in terms of philosophical arguments about the existence of God.

A theory entails modal collapse when it entails that there are no contingent truths and all truths are necessary truths. Typically, philosophers of religion claim modal collapse is entailed by the doctrine of divine simplicity (DDS). Roughly put, DDS claims that there are no accidental features that inhere in God, that all of God's intrinsic attributes (e.g. knowledge, power, goodness, etc.) are identical with God, and thus with each other. All distinctions we make between God's intrinsic attributes are mere distinctions of reason due to having an inadequate idea of God in and of himself.

https://www.reddit.com/r/askphilosophy/comments/ij6nt9
It is also representative of Hegel's: "Circle of Circles" which is his definition of Absolute Truth! Which has traditionally been eschewed due to the circular logic stigma. 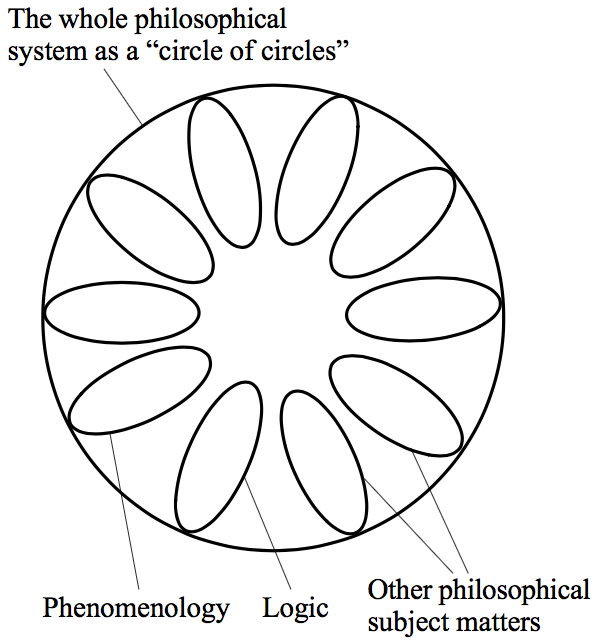 Quoting a Reddit comment: "It's what you'd get if you were a music major, tripping on acid while listening to Michio Kaku talk."

I hate the fact that the "technically" correct answer is turned into... electrical energy doesn't flow long wires by this video.
Click to expand...

Yes, that exactly ! He forgot the units so it was confusing. I need to have the multiple choices stated correctly.

I would have chosen 1 or 2 seconds. Forgot the exact length he had.

The video is making the assumption that when the first electron travels into the light bulb, it will be considered "on". That's really not the case. In reality, when the first electron reaches the light, the voltage across the bulb is not battery voltage, but virtually zero volts. The bulb will not be lit. 3000,000 km of cable has an inductance of 1420 H. Neglecting cable resistance (which he stated) , the light bulb may have a resistance of 10 ohm. The time constant of the LR low pass filter is L/R = 1420 H / 10 ohm = 142 seconds. It takes 142 seconds for the voltage at the light to reach 63 % of battery voltage.

And that inductance will vary with the distance between the two wires.

Johnson said:
You might enjoy the lecture by Walter Lewin.

Which one of professor Lewin's videos address this one ? He has so many
C

Well I'm (kind of) corrected. I did a steady state dc analysis. He did a transient analysis. I wish he used real values that represent the 1 m apart capacitance. I'm not sure the initial transient would have turned the light on.

Cal said:
Well I'm (kind of) corrected. I did a steady state dc analysis. He did a transient analysis. I wish he used real values that represent the 1 m apart capacitance. I'm not sure the initial transient would have turned the light on.
Click to expand...

Well if you go with the calculation the light should turn on in 3.333 nanoseconds.

Something's not right there. Why didn't either Dave or Derek do the actual calculation instead of just trying to intuitively show things?

It's almost like they are trying to say that doesn't matter how long the wires are, it will come on in 3.33 nanoseconds as long as the wires are 1 m apart. I know that transmission line impedance and there relative permeability effects propagation delay but I find it hard to believe that something that should take a couple seconds takes only 3.3 nanoseconds.

Or maybe he's talking about the transient turning on the light momentarily due to the capacitance completing the circuit? If so then it would turn on for a brief moment and then turn off until the DC steady state

Oh how about instead of flipping a switch you gradually bring the current up using a potentiometer?
H

SpongeboB Sinewave said:
I find it hard to believe that something that should take a couple seconds takes only 3.3 nanoseconds.
Click to expand...

They make the assumption that "on" means any none zero voltage across the light bulb's terminals. It takes nanoseconds for the RF/EMF wave + capacitance to cross the 1 meter air gap.

It'll take 1 second for DC steady state voltage to reach the bulb and turn in on in the way we understand it.

Nanoseconds is technically correct by the definition of when the light bulb turns on but it's just dumb and misleading. Again, this video is the opposite of educational.
Last edited: Nov 24, 2021
P

Thanks for the keyword; very interesting.

r/holofractal: The holofractographic unified field theory, as developed by Nassim Haramein and physicists at the Resonance Science Foundation & …

In the present case, the interpretation of the reality of the Poynting Vector as energy flux seems to lie squarely on the same question. Is it a real quantity or just a mathematical abstraction like imaginary numbers or potential energy that we don't see?

As per the holofractal theories, there are patterns in nature that are throughout. We can liken these to a priori properties that CAN NOT be derived but always exist. The fundamental argument I put forth is that it is well accepted that mathematics is a priori and so it is discovered NOT invented, and the physical laws of nature are as well a priori no human-invented them. So are we to believe that there is no intersection between mathematics and the physical world? How can two a priori property sets not be related? Well, they would have to be independent but that is clearly not the case for independence means that we can not derive one from the other which is especially confounding except in the circular logic of modal collapse. So when we "work out the math", and we find some serendipitous relation between the math and the physical process it is because to a certain extent they are one and the same. Formally I would say that mathematics/logic is an inner model of the a priori physical world.

The way that the Poynting math always points in the direction of energy flow, is the exact pattern in the propositional calculus for A<->B which is inseparable from and in fact defined by A->B and B-> A which is pure formal logic (propositional calculus) and the basis for the formal proof theory. This relation is called material equivalence and at its core is the circular reference that establishes what we call truth. For example in A<->B , this relation is true is A=B =True or A=B=False and is False in all other cases. If you have a longer chain of circular references A->B and B->C and .... etc Z->A the same is always true.

The physical interpretation then is that Truth implies Energy Flow independent of the direction of the E&M flows. I'm suggesting that it can't be any other way (due to the math/logic) and the Poynting vector is very real just as the E&M fields are.
You must log in or register to reply here.

M
can i sell power to diesel generator?