I would like to share some information about the installation of a 12V 560Ah LF280 Campervan under Front Seat Battery Pack.

As I collected some documentation over time I'm consolidating it into this thread.

First, this is the Campervan ready for installation

The goal is to fit the Battery under the front seat, the other seat is being used for a triple mode Votronics VBCS Charger and a 2000W Inverter. 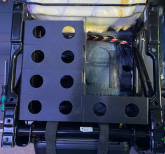 the physical configuration of the front panel

each cell is packed into a case like that: 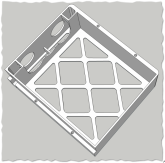 How much print time do you reckon it took?

MatMat said:
Print time for each cell case is just under 24h, weight is less than 250g, you get 4 cases out of a 1kg filament roll. I‘m using a Prusa i3 mk3s.
Click to expand...

Nice case. Any provision for compression?

Not really. The case is sturdy enough to step on it, with no cells inside. But due to space restrictions inside the tubular frame of the seat base the PETG walls are only 5-10 mm. No compression still gives 2500 cycles - I have 100 cycles a year max. - 25 years cell life

I have made some charge/discharge testing the last couple of days:

I get 530Ah into the battery bank:

Cut off ends when I restart the charger, it takes 15min until all cells are within 0,05V.

I repeated the procedure now 2 times, the same behavior, still getting 530Ah only in and out.

Top balancing will improve your ability to use more of your pack capacity. It sounds like cell pair #1 is limiting charging at the top and cell pair #3 is the limiter at the bottom. You have many choices. Live with the limits by adjusting your charge voltage so cell #1 does not run, and set a LVD to avoid cell #3 diving at bottom.
Or you can put a power resistor on cell #1 until after several iterations it is equal to the others at the top. IF #3 continues to be an issue you could put 3.5 volts on it to balance it more at the top. The above steps might have to be repeated several times but may allow you use your pack and save you from disassembling you pack and doing a complete top balance. A top balance, either individually or as a pararallel top balance will maximize pack capacity.
D

Love that case! Are you planning to make the files available? I'd very much like to print some of those up for my bank.
D

However, I do have my doubts about the 250A fuse used. I've seen people complaining about its construction quality. Also, I doubt if its able to do its job properly. All fuses have 2 ratings: Its fusing capacity (250A in this case) but as important id its interrupting rating. This is the actual maximum current it can handle to disconnect.

For protecting a wire against overloading this is generally not an issue, but preventing a short circuit can cause problems. If you short the terminals of a battery, you will get a huge current. For lead-acid, this is not a big issue, since the internal resistance will limit this to a rather 'acceptable' current.

But with LiFePO4, especially with higher capacity banks (multiple in parallel) the current can become extremely high, bypassing the fuse's interrupting rating. Depending on the fuse design, the fuse will completely blow / 'explode', or just do nothing or burn. (The ones you are using look like thermally ones, so I think with a real decent short, the connections will just weld to each other, and not disconnecting the actual load.

The MEGA fuses for example are rated to approx 2000-2500A (See eg https://www.littelfuse.com/~/media/...t-down-fuses/littelfuse_mega_ul_datasheet.pdf )

So using those as primary fuse will not fully protect your equipment!

Depending on the wires used, this will add to the resistance of the cells, thus limiting the short-current, but it will be still very high, especially if a short occurs close to the cells.

Another overlooked thing sometimes is the voltage rating. Mega fuses are generally rated up to 32V. Thus using it for a 48V battery bank is not a good idea. Depending on the margin between specs and failure it won't act as a proper fuse: The insulation between the poles should be able to withstand the voltage.

If the actual distance between the poles is low, or the insulation start to burn / become coal (=actually a resistor) it might just arc and let the current continue to pass..

For proper high-current protection for Lithium, you should at least use T-class fuses. Also able to handle higher voltages (eg 125V for the Littlefuse ones), they also have a much higher interrupting rating (20kA or more)
(See eg https://www.littelfuse.com/~/media/...fuses/littelfuse_fuse_jlln_jlls_datasheet.pdf )

For even bigger banks you might need to go even higher. The Bussmann (Nowadays Eaton) FWP-500 eg is rated for 200kA breaking capability. These are commonly used in bigger UPS systems for example, to protect the battery bank.

To figure out the actual short current is kinda hard, since it has multiple factors (battery internal resistance, connector/lug resistance, cable resistance) which all together are defining the actual current. And the cable resistance depends on where the short is caused. (A full short after a 100m cable run will be much less than a short within 20cm of the cells)

Measuring it will be a pita also, but having a memory oscilloscope and a properly sized shunt, you will see a short voltage spike across the shunt, and you can calculate the actual current from there on. A clamp meter is not fast enough to register these currents, and if they were, they are probably not suitable for the high currents.

It would be really interesting to see some information about proper fusing a battery bank, since I think the issue of proper fusing is way underrated and lot of people are not aware of it. (A 300A Mega fuse used to protect a big 48V / 560Ah battery bank is highly likely to be completely useless, thus giving a false feeling of 'beeing safe'

Maybe @Will Prowse can do some testing, starting with the cheap thermal ones as used in this build, to see what happens if you do a full short on a high capacity bank (12V 560Ah). I think this will give cool slowmotion footage showing how it's failing.....

With the amount of cells he has, @Will Prowse probably can show what happens when you use a MEGA or MIDI fuse outside its voltage rating, and see what happens if you push it beyond its disconnect capability ratings.

Would be highly interesting to see

Ampster said:
Live with the limits by adjusting your charge voltage so cell #1 does not run, and set a LVD to avoid cell #3 diving at bottom.
... A top balance, either individually or as a pararallel top balance will maximize pack capacity.
Click to expand...

I adjusted the charge voltage down to 13,9V at the Votronic VBCS - same scenario - cell #1 runs away at end of charge. As the BMS cut off leaves the cells at the voltage range within specification I'll follow your advice and will live with the limits I did already an initial top balancing all cells in parallel for five weeks at 3.6V using a laboratory power supply, current dropping from 2.1A to 0.3A ...

Do you have a big power resistor that you can use to bleed off that cell? It might take a few iterations but could be faster than the BMS.

DJSmiley said:
However, I do have my doubts about the 250A fuse used. I've seen people complaining about its construction quality. Also, I doubt if its able to do its job properly.
Click to expand...

DJSmiley said:
The MEGA fuses for example are rated to approx 2000-2500A...
So using those as primary fuse will not fully protect your equipment! ...
For proper high-current protection for Lithium, you should at least use T-class fuses.
Click to expand...

Thank you for your advice !

David S said:
Love that case! Are you planning to make the files available? I'd very much like to print some of those up for my bank.
Click to expand...

Yes, I plan to upload the .stl files at Thingiverse. Right now the cell case itself and the plain back wall is ready - the front plate is still under revision -see above

As I reached 530Ah capacity only in the first attempt I decided to low level balance - that made the job - 556Ah!

very cool! a lot of van builders in the US would love this setup. I didn't think you could fit them under the standard seat base.

...today installation of the LFP into the Campervan starts.

I reworked the main fuse terminal, instead of a MEGA 500A I’m using now the a Class T 400A fuse.

Temp control with connector for a 15W heat pad is installed.

BatteryGo is an easy way to check, but will be replaced by a Raspi with A/D Waveshare Board for data logging soon.

Cell voltage difference is within 10mV.

Connections are treated with Noalox and the bolts secured by Nordlock SS washers.

Thank you for your support here in this forum.

The package weighs in at 49.2 kg, I‘m looking forward to slip it into my seat base 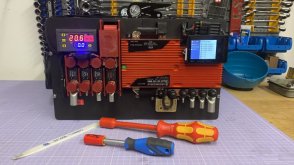 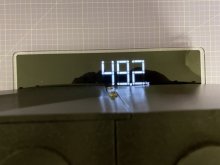 Some pictures of the installation into the seat base... 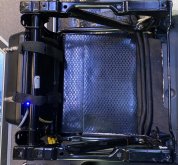 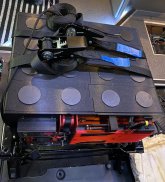 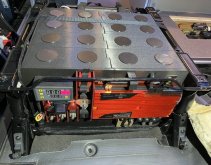